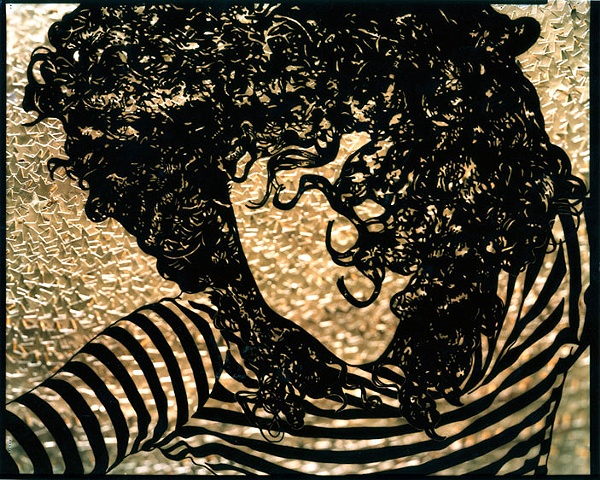 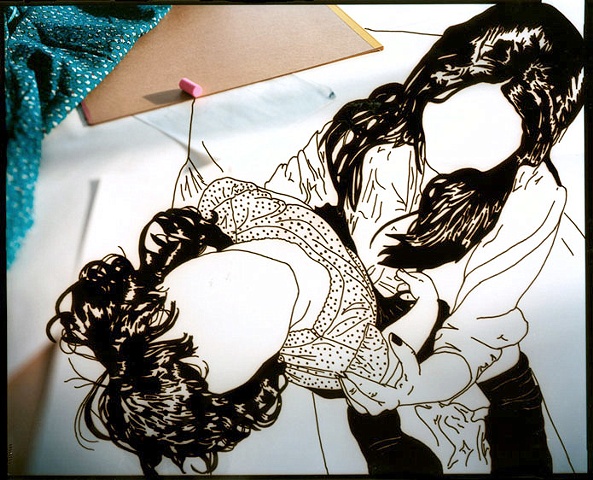 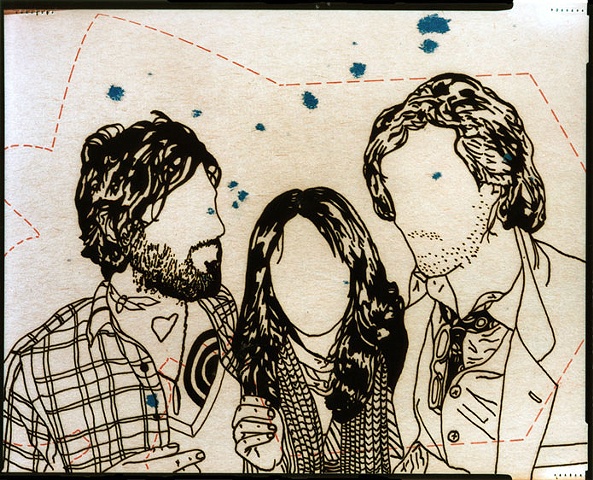 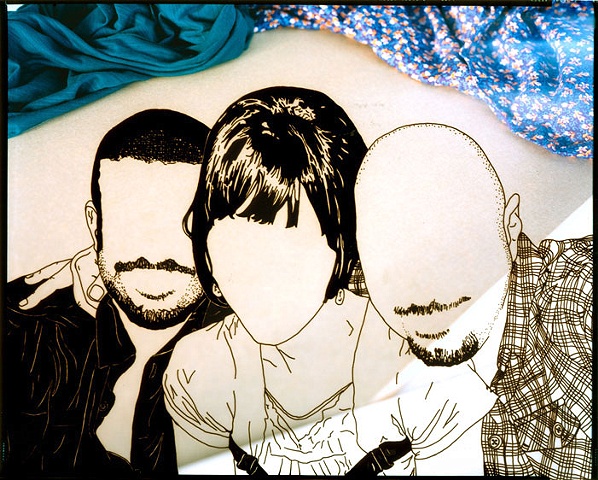 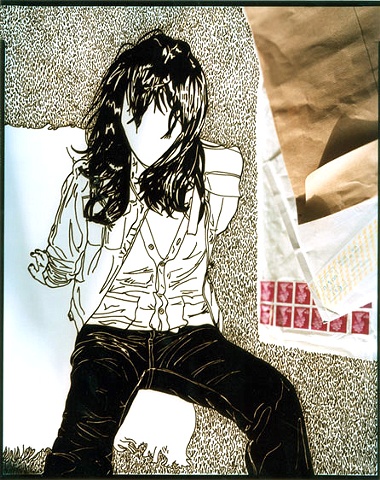 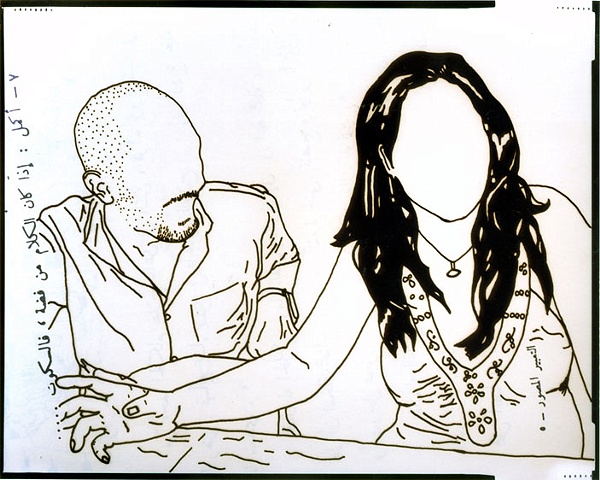 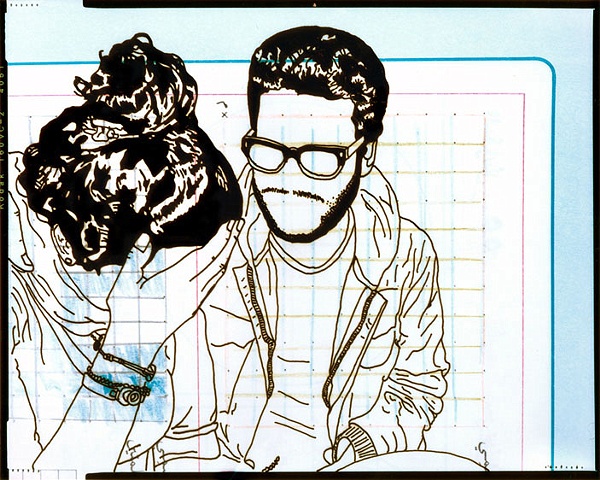 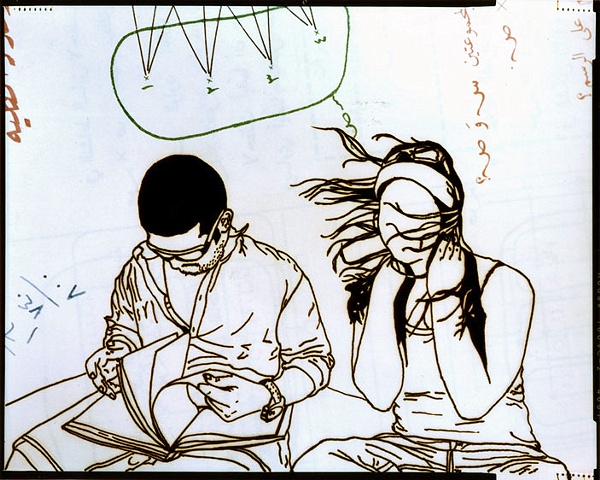 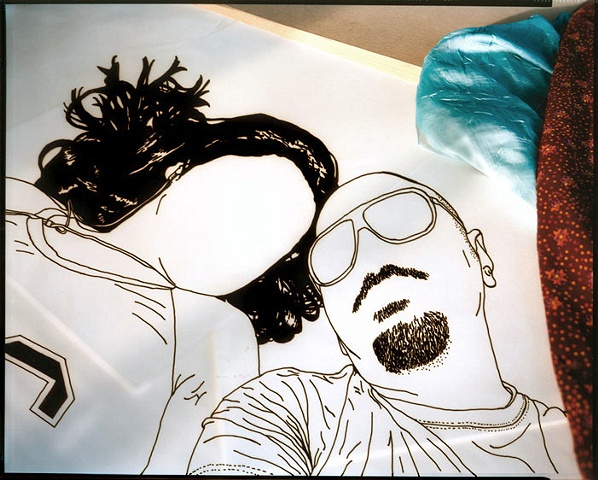 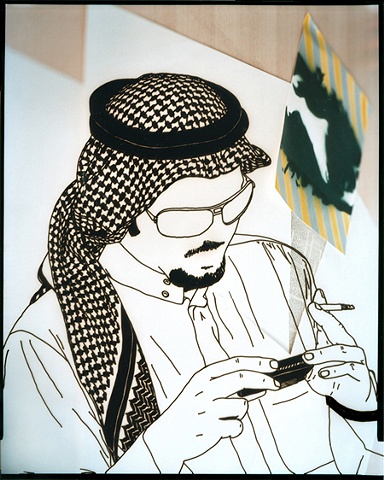 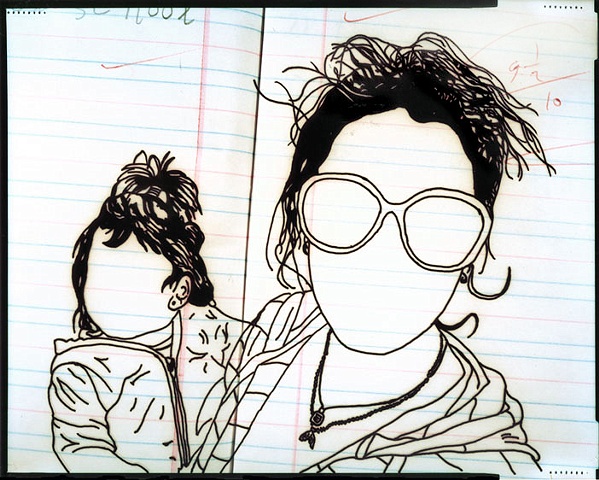 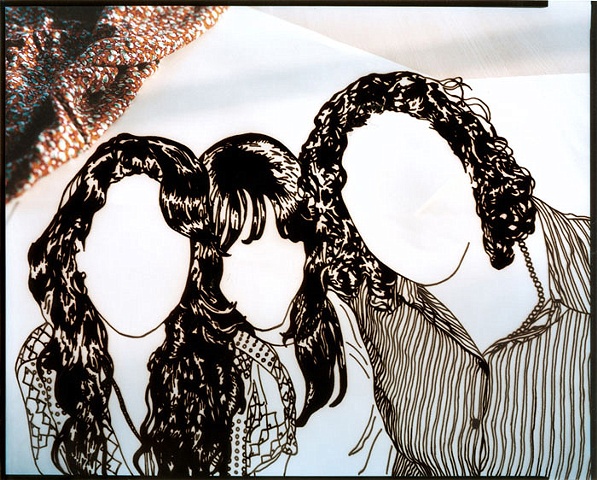 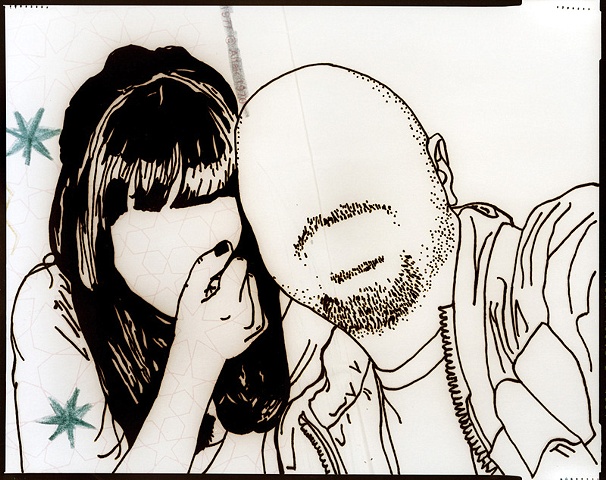 The Harrowing Adventures of..
C-41 Print 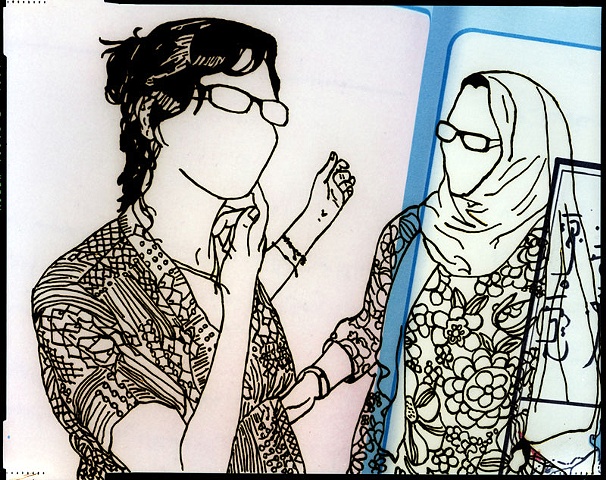 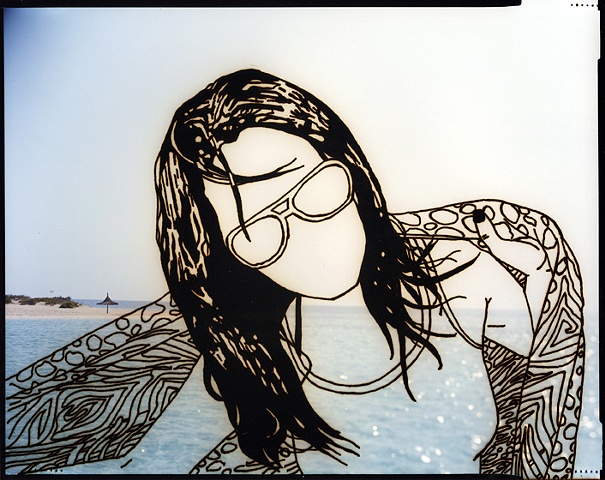 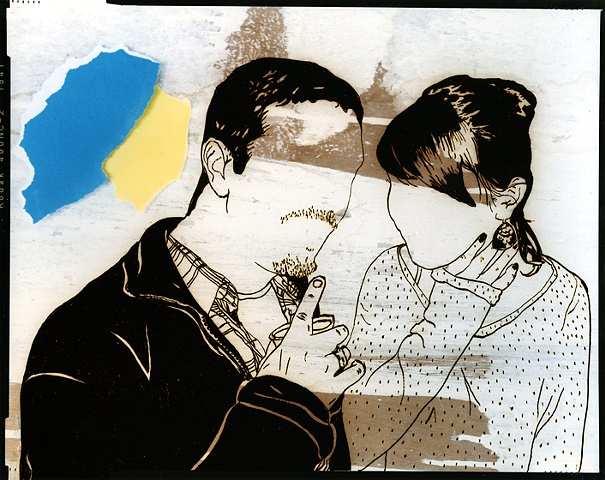 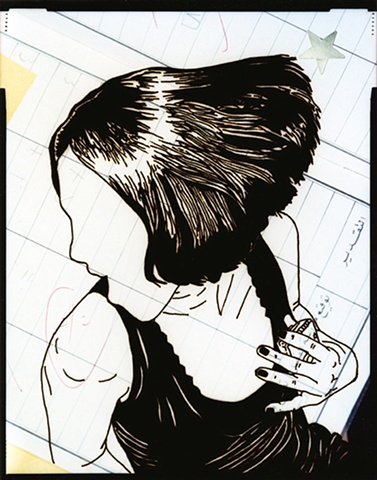 This body of work began as an exploration of censorship in Saudi Arabia and it's effects on visual communication. While there is a lack of consistency from region to region, overall, images are highly scrutinized and controlled. Some superficial examples of this would be skirts lengthened and sleeves crudely added with black markers in magazines or blurred out faces on billboards. I tried to apply the language of the censors to my personal photographs. I began making line drawings, omitting faces and skin. Keeping only the essentials preserved the anonymity of my subjects. This allowed me to circumvent, and comment on, some of the cultural taboos associated with photography. Namely the stigma attached to bringing the “personal portrait”, commonly reserved for the private domestic space, into a public sphere. It became a game of how much can you tell with how little. When reduced to sketches, the images achieved enough distance from the original photographs that neither subjects nor censors could find them objectionable. For me, they became autonomous, relatable, pared down narratives. I've always been interested in how photography functions, and I try to undermine any documentary authority it may possess as a medium. I've always felt that a photograph functions more like a memory, in that it's a singular perspective of a split second in time, entirely subjective and hence impressionable. By etching these drawings back into film and printing them in a traditional darkroom, I'm trying to point out how malleable it is as a medium, even before digital manipulation became so advanced and accessible. With these interventions emerges a highly coded and self-reflexive language. What also interests me is that the information omitted (faces, skin and emulsion) creates an image of its own, as do the censors to our cultural landscape.